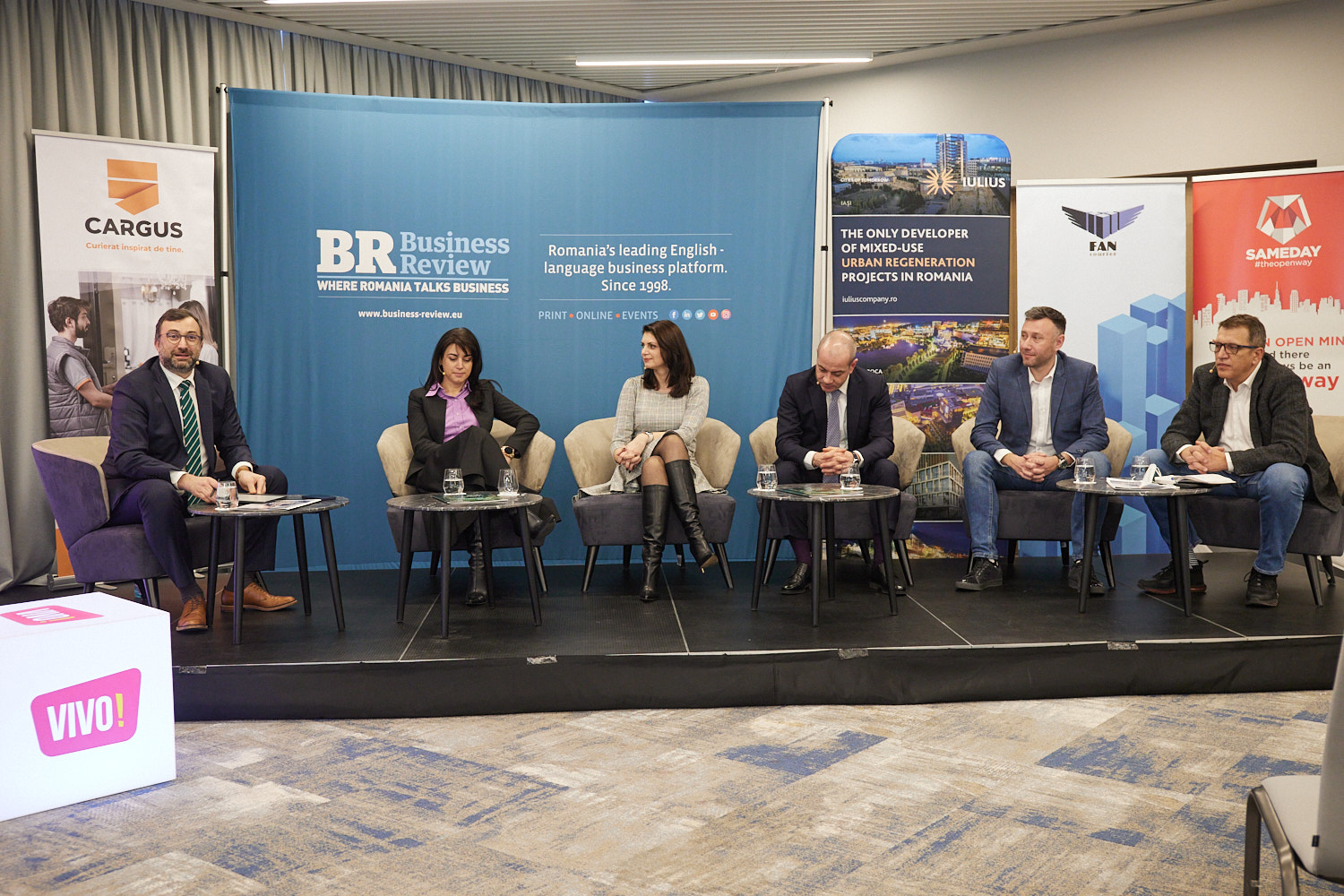 Biggest Retail and Logistics Challenge in 2022: Implementing the Deposit System

BR’s recent re:FOCUS on eCommerce, Retail and Logistics, held on February 10, 2022 at the Courtyard by Marriott Bucharest Floreasca, featured 3 engaging panels during which leading retailers, couriers, logistics and trade developers, and major e-commerce players shared valuable insights, best practices, challenges and opportunities from their respective industries. However, the conference’s closing panel was, for the first time in the history of BR’s re:FOCUS on e-commerce, retail and logistics, dedicated to a particular topic that industry experts regard as The biggest challenge in retail and logistics in 2022: implementing a fair and functional deposit return system (DRS).

Speaking from the re:FOCUS stage on e-commerce, retail and logistics, Cosmin Teodoru, Director General of the Romanian Ministry of Environment, Waters and Forests, Julia Leferman, Director General of the association brewers from Romania, Alice Nichita, President of the National Soft Drinks Association (ANBR), Bogdan Purcherea, Managing Director of Envipco Holding, and Emanuel Parvulescu, Environmental Manager at Cora, and moderated by Ionut Georgescu, Founder and CEO from FEPRA, explored all aspects surrounding the implementation of the deposit system in Romania.

A strong supporter of the DRS, moderator Ionut Georgescu kicked off the panel by saying he had been waiting for this project for several years now. “DRS could change Romania in terms of how we deal with our packaging and the resulting waste. This project has the potential to create a functioning circular economy system in our country. Georgescu opened the talks.

DRS, the most important sustainable development project implemented in Romania

Not only from the investment point of view, the DRS is certainly the largest and most important sustainable development project carried out in Romania in the last 30 years. Education and awareness of this issue will be paramount in the near future, in order to create a fair and functioning system. However, from a logistical perspective, DRS seems like a Herculean task, considering the number of stakeholders that need to be involved to create a functioning system.

“It is indeed the largest environmental project in Romania, which will require a lot of energy and resources to become functional.” believes Julia Leferman. “By the end of 2025, many changes will have to occur throughout the chain, starting with the producers, because everything starts with them.”

Producer responsibility is crucial in setting up a system that will not just tick off some recycling quotas on paper, but actually create new packaging from the collected waste, closing the loop on the whole of the system.

“In concrete terms, it is this entire circuit of the box used which is the subject of the DRS. From its starting point with growers, we will also need functioning collection centers with retailers. This is where a very important aspect comes in: consumer convenience. For the consumer, this system should be as simple as possible. This means creating a system on a national scale, which will allow the consumer to recover the deposit wherever he is, and which will put into service a whole logistics network to recover the used parcels brought by the consumers to the centers of collection, and finally reach the recycling centers. explains Leferman.

Closing the loop: from producers to retailers, from consumers to recyclers (via distributors), and from local authorities to national decision-makers

In Romania, beverage producers use around 120 distributors for one of their products to complete the supply chain and reach the end consumer. These distributors use around 3,500 vehicles, which often return loaded empty. The use of these empty vehicles could be a solution to solve the logistical conundrum of the DRS, according to Ionut Georgescu.

“Ultimately, we must set ourselves several efficiency objectives.” Alice Nichita, began her intervention. “If we look at previous years, there has always been an extended producer responsibility that we have assumed, but certain instruments have helped us to achieve our objectives. Each with its own utility. The DRS will serve a very specific market, that of beverage producers, but will not solve all our problems and will only streamline one of the pillars of collection. Indeed, policies, strategies and regulations are always dictated by the authorities. We have always tried to be a partner of the authorities and to find effective and feasible solutions together, in order to create a functional national system at the service of all stakeholders. Nichita said.

In Romania, around 7,000 to 10,000 retail units account for almost 35% of national consumption. Under these conditions, how do merchants perceive the deposit, as a burden or as a facility? Emanuel Parvulescu, environmental manager at Cora, tried to answer this question. “It’s definitely an advantage for us, it’s a facility offered to our end consumer. The system will become the largest private investment in waste management in Romania. To become operational, the system must be able to efficiently collect large quantities of packaging waste from consumers, which will benefit the whole chain: from citizens to producers, from retailers to authorities. Obviously, as traders, we are essential partners in this process, especially for our customers, but also for producers and authorities. Said Parvulescu.

Positive state involvement, in which the interests of citizens are taken into account, is of course the way forward, but state interventionism in private companies in a system where the responsibility lies with private economic operators , who ultimately work under the pressure of efficiency and profit, so a clear and effective legal framework is one of the key elements. Authorities should clearly state the fundamental principles by which the DRS should operate, but these principles should be decided in consultation with all stakeholders. “Beyond the issues related to investments and logistics, there are also legislative issues. Every day we encounter new obstacles that need to be resolved. Said Cosmin Teodoru, the representative of the Romanian Ministry of Environment, Waters and Forests. “Until now we were talking about producers, logisticians and retailers, but the most important actor in this system is the citizen. The involvement of the public authorities must be representative for the citizens and maintain a balance in this complicated system.

Efficient technology and automation are key

“From our perspective, this is a complex process. There are a lot of things that need to be aligned for the system to work, whether it’s the fiscal framework or the logistics. As a producer, I believe that given the specificities of our country, it will be very difficult to achieve the proposed collection rate of 65%. That’s what we try to do with our highly efficient, automated reverse waste collection vending machines. In Brasov, for example, we collect almost a million parcels and the citizens are getting used to it and understanding that it is beneficial for everyone. Says Bogdan Purcherea, managing director of Envipco Holding.