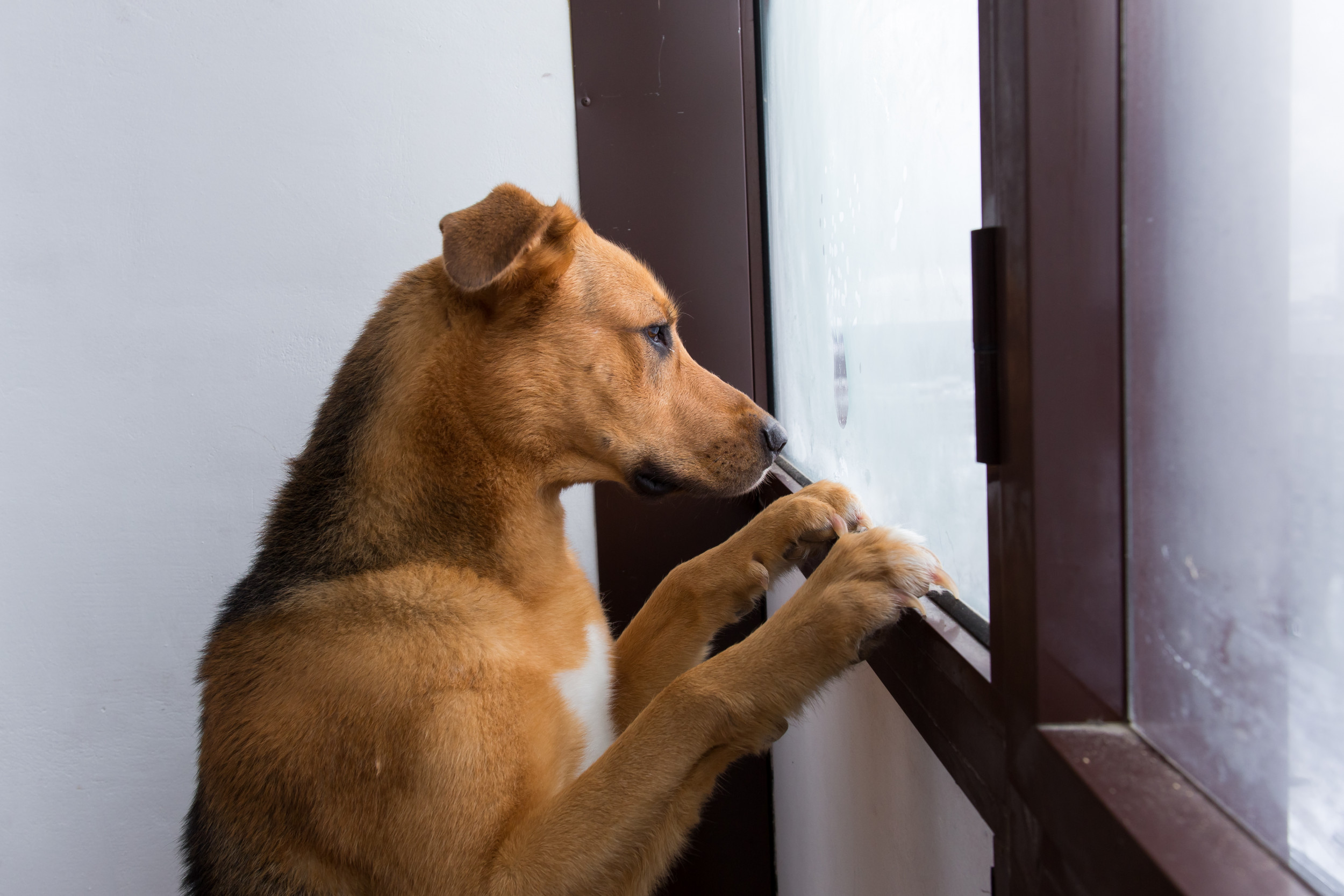 A home security camera captured the moment a dog smashed a window just after a FedEx delivery driver placed a package outside the door of a home. Comments were shared below the video, which has been viewed on TikTok over a million times.

The video, which was posted on Britney Harper’s TikTok account @britneyharper859, opens when the delivery driver deposits the package next to the front door. A barking dog is heard off-camera, and just as it began to walk away after knocking on the door, the window shattered.

“My God !” exclaimed the delivery man, covering the side of his face. He stopped to turn around and saw the broken window.

A dog continued to bark off camera and the unharmed delivery man continued down the driveway, glancing at the house before the video ended.

“As a dog owner, I’m embarrassed that the dog isn’t better trained than this,” TikTok user Lynn Terri commented. “They should have a no-delivery list for houses like this.”

Other commenters echoed the sentiment.

“Omg the glass literally hit this man all over the place smh,” Victoria Moon wrote. “I understand that accidents happen, but he can sue if glass fell on his eyes or something like that.”

According to the Animal Legal Defense Fund, an animal owner can be prosecuted if his dog bites a person or attacks another animal.

The law may vary in different areas, but the person who was attacked may be able to file a complaint to declare the dog dangerous.

While many commenters shared their concern, others were less concerned.

“You always see part of it and you assume the worst part, if that dog wanted to do any harm, he would have jumped out the window after it broke,” Kayla commented.

Haley Berliner suggested the broken glass may have been an accident.

“He could have easily gotten too excited and his paw hit the window the right way for it to break,” the TikTok user wrote.

In a follow-up video, Harper explained that FedEx delivery driver Tim told his manager, who then informed her that his dog, Gus, had broken the window but was still in the house.

She continued and said that Gus wasn’t aggressive, but when the family isn’t home, he “protects” the house.

Following the incident, Harper said he spoke with Tim, who was uninjured, although he was worried about Gus. She noted that the only injury Gus suffered was a small cut on his leg.

Viewers of the latest update were relieved to learn that Gus and Tim were uninjured.

“Poor baby didn’t want to break the window,” haely_eileen commented. “Also n/a to tim to make sure Gus didn’t come out or get hurt.”

According to a statement sent to Newsweek, the safety of FedEx employees is the company’s top priority.

“Couriers and service providers are encouraged to operate as safely as possible when making deliveries, which includes remaining aware of their surroundings and using discretion to avoid potentially dangerous situations,” a doorman said. -word.