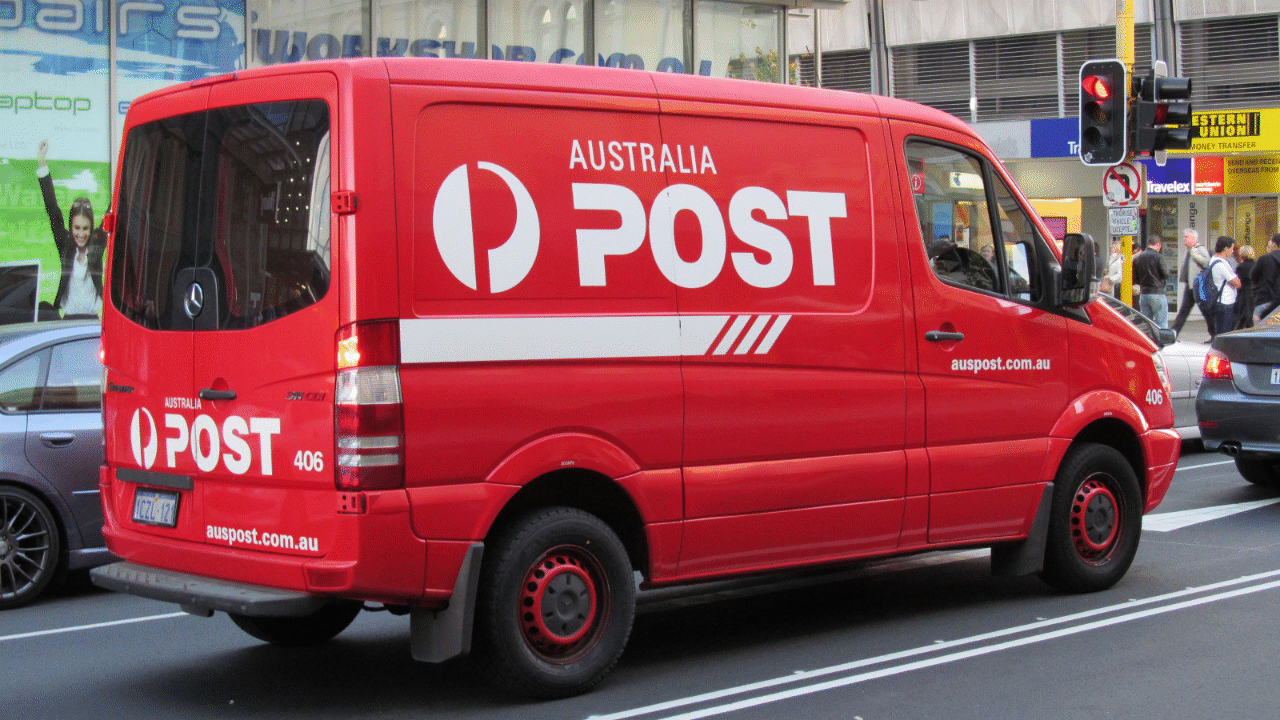 More than a year after the announcement of the end of the Alternative Delivery Model (ADM) at Australia Post (AP), workers are facing the reality of constant overtime, staff shortages and increased control of all aspects of their work.

The Sustainable Delivery Model (SDM) was promoted by the Communications Electrical and Plumbers Union (CEPU) as a throwback to a mythical pre-ADM golden age and the answer to all postal worker problems. In effect, the SDM is a revised attempt to restructure the PA after the ADM failed to respond to requests from management and the federal government.

Management and the union imposed many changes aimed at increasing the power of management to monitor the work of postal workers and to collect detailed performance data to be used as a disciplinary tool to demand ever-increasing output from workers.

The introduction of “sectioning” means that before starting their delivery rounds, postal workers are required to sort and scan their parcels in blocks according to the sequence of their passages. Maximum run times of between 15 and 60 minutes are allocated to each block, depending on the number of packages the postman has and the amount of letters and junk mail to be delivered.

Once the postman starts the sequence and scans the first package for delivery, the order and time frame cannot be changed and the worker is not allowed to deviate from the sequence, including for breaks.

Apparently, the goal is to provide customers with an accurate estimated delivery time, in order to more effectively compete with dedicated courier companies in AP’s shift from letter post to the more lucrative parcel delivery business.

It also allows management to closely monitor the movement and schedules of postal workers throughout the pace, which means workers can face disciplinary action in the future if they are found to be delivering too slowly or in a mess.

Under ADM, “streaming” allowed postmen to hand over excess parcels to contractors, but this has now been greatly reduced and is only used for beats without an assigned postman or if the postman is absent. Postal workers with an assigned regular schedule must now deliver all packages that arrive on their schedules each day, regardless of the number, size, weight, or time it takes to deliver them.

Telemetry sensors have been installed on all motorcycles, e-bikes and electric delivery vehicles (EDVs). This system sends a signal to the steering if a vehicle is rolled over or if an unusual movement is detected, including sudden braking or acceleration. Postal workers are required to call immediately to explain any incident that triggers the action of the telemetry system.

The sensor system, in addition to the video cameras already installed on electric vehicles and motorcycles, increases management’s ability to scrutinize every action of postal workers during their rounds. This surveillance technology was introduced with the full support of CEPU under the guise of improving workplace safety.

It’s a transparent lie! It has nothing to do with the safety of postal workers. It’s part of a relentless drive to increase productivity that has a profoundly detrimental impact on the health and well-being of PA workers. Where is the concern for postal workers forced to work throughout the COVID-19 pandemic? The true infection rates at AP have been hidden from management and the union. The unsustainable workload and speed-ups imposed on PA workers have caused increased damage to the physical and mental health of workers.

Lessons must be learned from the establishment of ADM, when management and CEPU used the false pretext of workplace safety to impose the restructuring in April 2020. Feigning concern for the health of postal workers during the pandemic, the AP sought and received regulatory relief from the Liberal-National government of Scott Morrison to suspend the requirement for daily letter delivery.

This was achieved with the full cooperation of CEPU, which signed a Memorandum of Understanding (MoU) with management, agreeing to ADM behind the workers’ backs. Despite postal workers’ opposition, the CEPU enforced the no-strike clause of the memorandum of understanding, telling workers they could reverse the decision by lobbying the PA and the government through the parliamentary system.

WMD’s impact on postal workers has been devastating. Within weeks, postal workers were forced to deliver two beats every other day, doubling their workload or switching to delivering parcels in vans. This led to increased injuries and mental health issues as workers were overworked and weighed down with bundles of mail and packages they were unable to deliver. As management had expected, many postal workers left the PA, unable to continue under the new regime.

The PA leadership’s decision to end the ADM was not, as the CEPU claimed, a victory for workers or the product of parliamentary hearings promoted by the union bureaucracy and in which it participated. It was a corporate decision taken at the highest levels based on the determination that ADM was not achieving management and government objectives of reducing costs and preparing AP for privatization, at least in the lucrative side of the company’s parcel delivery.

Following his appointment in September 2021, new AP CEO Paul Graham announced additional capital expenditure of $400 million over three years, for new and improved sorting and delivery facilities, more VDEs and the introduction of new “cloud-based” technology to meet growing demand for parcel delivery. This restructuring is seen as essential for AP to compete with FedEx, Amazon and other package-focused delivery companies.

Postal workers must recognize that the failure of the ADM does not mean that the restructuring of the PA is over. The SDM was developed by management, in close collaboration with the union, to continue this process. The very name ‘sustainable’ implies that modifications to the model will be continually introduced to increase the benefits of PA.

The PA leadership’s demand for increased production is fully in line with the newly elected federal Labor government’s wage-cutting agenda. Prime Minister Anthony Albanese has made it clear that his government is opposed to “widespread” growth in real wages and that any wage increase must be linked to an increase in productivity.

The safety of postal workers cannot be left in the hands of management or the union, which have demonstrated throughout the pandemic that they are completely indifferent to the health and lives of their employees and members.

Instead, workplace safety and all technological changes associated with it must be placed under the control and supervision of the workers themselves.

This means that postal workers must fight to set up rank-and-file committees, independent of management and unions, in every AP establishment. These committees will provide a democratic forum for postal workers to monitor and discuss workplace safety issues and develop demands to improve safety as well as pay and other conditions.

By ramming through the 2021 Enterprise Bargaining Agreement (EBA) that established the SDM, removing calls from PA worker sections to strike, CEPU has also committed workers to three years of meager 3% annual salary increases. Only after workers at StarTrack, a separate division of the PA covered by the Transport Workers Union, secured a guaranteed consumer price index (CPI) following two 24-hour strikes, that the CEPU hastily negotiated a similar deal for postal workers, perhaps fearing a defection of members.

Even with the CPI guarantee, the union-management wage agreement falls far short of what is needed to offset previous sub-inflationary wage “increases” or keep up with the rapidly rising cost of living.

Workers’ wages will still only be increased once a year, based on previous quarterly CPI figures, meaning wages will lag inflation by 3 to 15 months. Additionally, prices for essential goods and services, including fuel, food, utilities and rent, are rising much faster than the CPI. In the year ending March 31, for example, “non-discretionary” costs rose 6.6%, while headline inflation was 5.1%. Adding to the financial pressure on workers, the Reserve Bank of Australia just announced its third interest rate hike in as many months to 1.35%, from 0.1% in early May, with further hikes expected to follow. .

The Rank and File Committee of Postal Workers urges PA workers to fight for the following demands:

To secure these demands, PA workers should look to the growing layers of workers who are coming into struggle against the growing attack on their wages and conditions. This includes nearly 200,000 health, education, public sector and transport workers – in NSW alone – who have gone on strike in recent weeks.

This will require a conscious break with the unions, whose role is to isolate and suppress workers, and the struggle to build rank-and-file committees in the PA and in every section of the working class.

The fight for these demands must be the first step in a political and industrial struggle to bring Australia Post and other essential services under the democratic control of workers and to fight for a socialist reorganization of the economy based on the satisfaction of human needs. and the guarantee of the social rights of workers.

We invite all APs and other deliverers to Contact us to discuss this prospect.

The working class must have a political voice, which the Australian ruling class seeks to stifle with this legislation.

How to Track Amazon Packages on Your Phone or Desktop