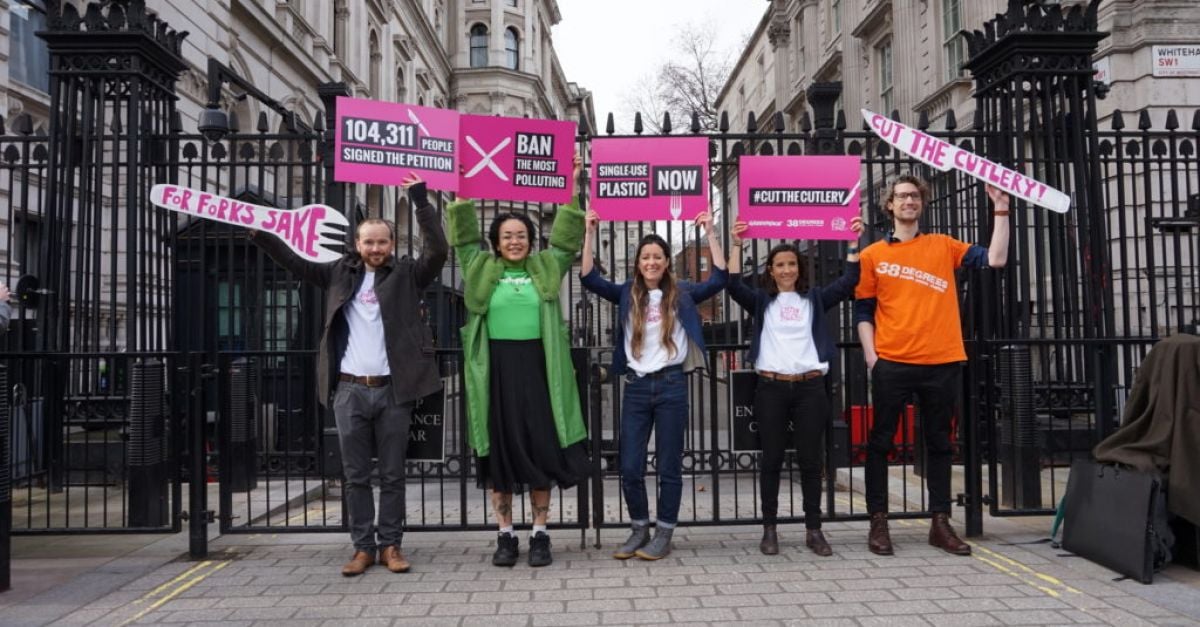 A petition by City to Sea, 38 Degrees and Greenpeace calling for the UK’s worst polluting single-use plastic items to be banned has received over 117,000 signatures.

The call to ban items such as plastic cutlery, plates and polystyrene food packaging follows public pressure on UK Environment Secretary George Eustice to take a more proactive approach in the fight against plastic waste.

The UK government closed its consultation on the issue over the weekend, with some 51,000 members of the public taking part in the consultation process.

Almost all (96%) support a ban on all items under consideration, while nearly two-thirds (64%) say the ban should come into effect sooner than the planned start date of April 2023.

“There’s no doubt about it – this is an absolutely massive show of public support to finally ban these unnecessary, polluting plastic items,” commented Megan Bentall, Campaigns Manager at 38 Degrees. “The fact that over 50,000 people took the time to participate in a detailed government consultation on this issue is the clearest demonstration yet that we are simply done with these plastic items polluting our environment.

“The government has no choice but to listen. And they should respond with a faster, more ambitious plan.

The petition was jointly submitted by plastic pollution campaigners City to Sea, campaign group 38 Degrees and environmental NGO Greenpeace, as part of the #CutTheCutlery campaign.