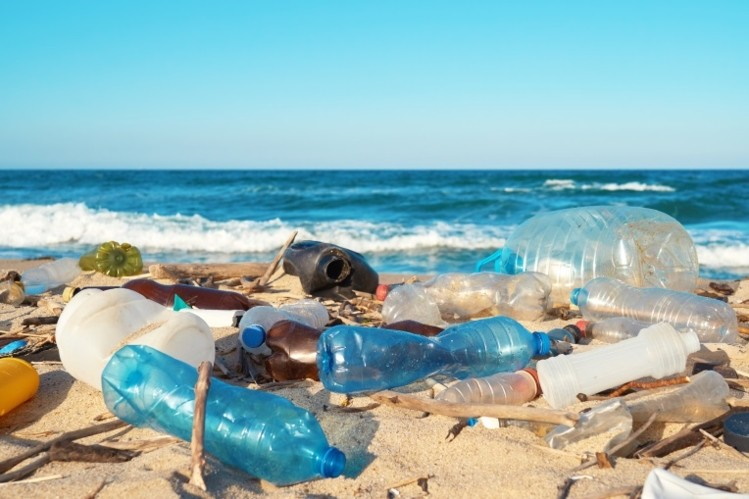 Food packaging is a major cause of environmental pollution globally. More than 350 million metric tons of plastic are produced each year, much of which ends up in our waterways. Of all the waste dumped into the oceans, 85% is plastic pollution. Plastic production also relies on the use of fossil fuels such as oil.

Considering all these drawbacks, reducing the use of fossil fuels to produce plastic is the goal of much research around the world. In the field of food packaging, materials experts have focused on developing biodegradable packaging materials that also prevent contamination by microorganisms and extend shelf life to reduce losses.

As part of this effort, a research team called the Composites and Hybrid Nanocomposites Group (GCNH) at São Paulo State University (UNESP) has produced a “green plastic” that it hopes can offer a solution to the food industry.

The research, published in the journal Polymers​, shows the team produced a bioplastic from type B bovine gelatin, an ingredient they say is readily available in retail stores as a colorless powder.

“Gelatin was one of the first materials used in the production of biopolymers. It is still widely used due to its abundance, low cost and excellent film-forming properties,” said chemist and materials scientist Márcia Regina de Moura Aouada, professor at the Ilha Solteira School of Engineering (FEIS-UNESP) and final author of the paper.

“However, biopolymers for packaging have characteristics that need to be improved in order to be comparable to petroleum products, especially regarding mechanical properties and vapor permeability, so we added cloisite Na+ nanoclay to gelatin”,she explained.

The addition of nanoclay made the film more homogeneous and increased its tensile strength to 70 megapascals (MPa). Conventional polyethylene packaging has less than half this tensile strength (on the order of 20 MPa to 30 MPa).

“Besides the nano-clay, we also added a nano-emulsion based on black pepper essential oil to give the packaging a more attractive flavor and smell. The blend also extends the shelf life of food products packaged with the material, thanks to the inclusion of antimicrobial and antioxidant components in the polymer matrix,”she says.

The bioplastic was originally designed to wrap beef burgers, which are vulnerable to microbial contamination and have a strong smell. However, the researchers said the principle of adding nanoclay and essential oil nanoemulsion to a gelatin matrix “can and will” be extended to other foods, by varying the type and proportion of essential oil used.

“If this type of packaging becomes widespread in the market, it could significantly reduce the use of plastic made from non-biodegradable polymers and therefore the amount of solid waste”,said Moura Aouada. “In addition, the bioplastic will better protect the packaged food against contamination by pathogens and help reduce losses.”​

The research is supported by FAPESP through a regular research grant and also through the Functional Materials Development Center (CDMF), a Research, Innovation and Dissemination Center (RIDC) hosted by the Federal University of São Carlos (UFSCar).

Kannur police arrest Afzal and his wife Balkis with drugs worth Rs 1.5 crores

Food packaging box is an integral part of food products