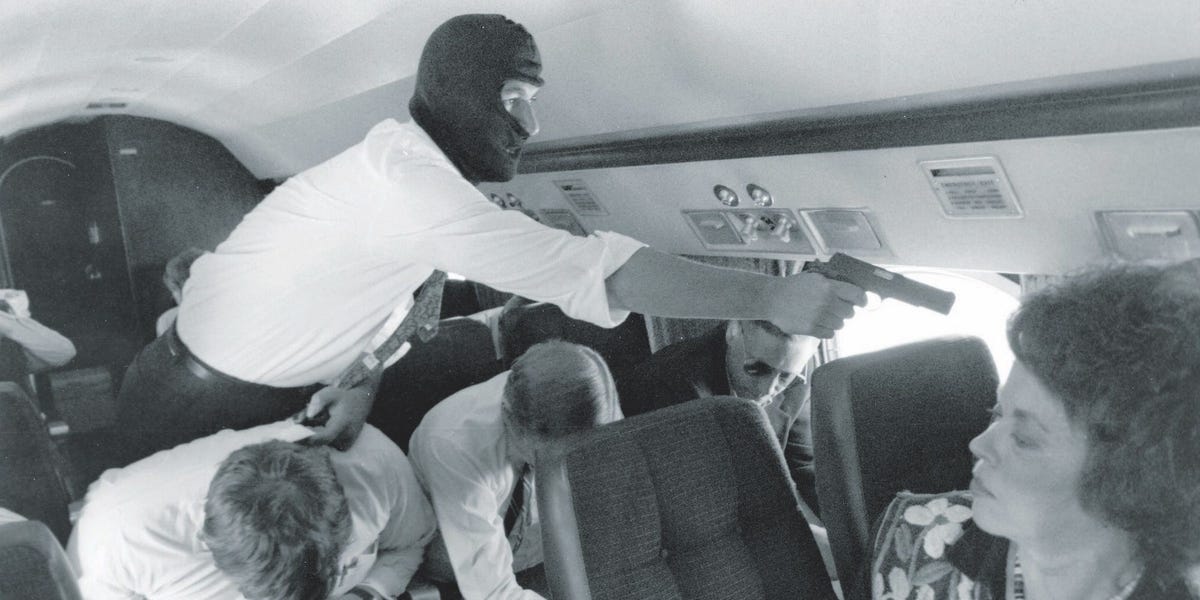 In the weeks and days leading up to the Russian invasion of Ukraine, many focused on the US Embassy in kyiv and what it was doing to determine the likelihood of a Russian attack.

Although the US intelligence community had warned of an impending Russian attack for weeks before the invasion, the US embassy in Kyiv was only evacuated a few days before Russian tanks entered Ukraine.

This is the harsh reality of diplomatic life. But to keep them safe, American diplomats have one of the least known but most capable law enforcement agencies in the country.

With approximately 2,500 active special agents, the Diplomatic Security Service has four missions: to protect U.S. diplomats, to investigate passport and visa fraud, to ensure the integrity of classified U.S. travel documents, and to perform security checks .

The organization has the largest global reach in federal law enforcement, with offices in 270 locations around the world and 29 US cities.

Each US diplomatic mission operates under a security program designed by the Diplomatic Security Service. These programs are reviewed and updated regularly to reflect changes in the field. All US embassies have a regional security officer who reports to the ambassador and is responsible for all security-related matters.

Special operators from the Army’s Delta Force and the Navy’s Naval Special Warfare Development Group — formerly known as SEAL Team 6 — will often visit U.S. embassies and consulates around the world to review their security and develop hostage plans.

As a result, the United States Joint Special Operations Command, which is the national mission force, has detailed plans for every American diplomatic installation around the world.

The Diplomatic Security Service also protects the Secretary of State as well as high-ranking foreign dignitaries and officials who visit the United States on official business.

Like the Secret Service, which protects the President and investigates certain financial crimes, the Diplomatic Security Service has other roles. One of the most important is conducting security background investigations for the State Department and other federal agencies. The service screens diplomats, civil servants and other employees to determine their suitability for obtaining a security clearance.

Another function of the Diplomatic Security Service is to ensure the integrity of classified US travel documents.

When a U.S. Embassy needs to send or receive classified or sensitive material, the Department of State uses “diplomatic bags” – which can be any package or container that is properly sealed and identified – who benefit from legal protections against searches by foreign agents.

Any intelligence service worth its salt will try to intercept the diplomatic pouches and take a look at their contents. This is where the diplomatic couriers of the Diplomatic Security Service come in.

The approximately 100 special agents who are dedicated diplomatic couriers ensure the rapid delivery of classified and sensitive documents worldwide. They are trained and certified to protect diplomatic pouches using a variety of classified techniques.

To become a Diplomatic Security Service Special Agent, a candidate must be a U.S. citizen, be prepared to deploy overseas, be between the ages of 20 and 36, and pass a physical fitness exam. They must also have a four-year degree and obtain a top secret security clearance.

Those who are selected then face a nearly 60-week pipeline to turn them into special agents.

Those who pass the initial screening move on to the Basic Special Agent Course, an intensive 29-week screening and training program. Candidates then move on to a three-week orientation, followed by a 12-week Federal Law Enforcement course.

Experienced special agents may be assigned to Mobile Security Deployments, a specialized tactical organization tasked with responding on short notice to heightened threats or emergencies at home and abroad.

The State Department moved most of its personnel and operations out of Ukraine in the days leading up to the Russian attack. Russia has pulled out of Kyiv, and some US diplomats say it’s time to reopen the embassy there, but the Biden administration remains divided on the matter, reflecting security concerns in Ukraine and caution persistent after the attack on Benghazi, according to Policy.

When the State Department moved to to re-establish this diplomatic presence, the MSD teams of the Diplomatic Security Service will probably be among the first on the ground.

Stavros Atlamazoglou is a defense journalist specializing in special operations, a veteran of the Hellenic Army (national service with the 575th Marine Battalion and Army HQ) and a graduate of Johns Hopkins University.