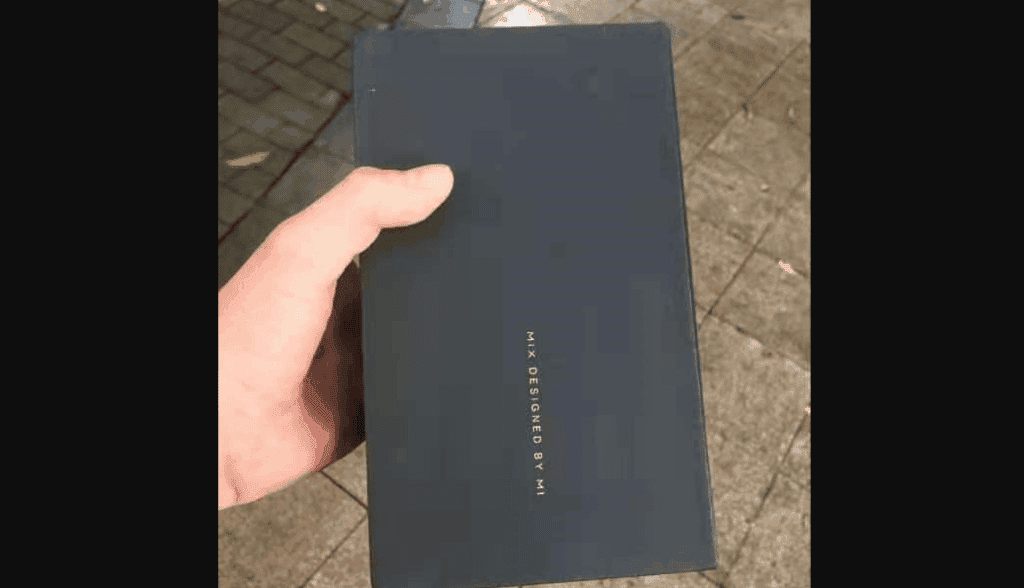 In recent months, there have been several leaks and speculations regarding the Xiaomi Mi MIX 4. The Chinese manufacturer is now preparing to unveil this smartphone. According to Xiaomi, this flagship smartphone will officially release on August 10. A recent leak shows the alleged Xiaomi Mi MIX 4 packaging box. The box is black and there is â€œMix designed by Miâ€ written in gold on the top surface. Also, this box is quite long, more like a box that should hold a 7 inch device. What is the reality of this packaging box? Xiaomi staff have the answer

According to Wang Hua from the Xiaomi Group Public Relations Department, the packaging box is fake. According to him, this box is so long and ugly. He added that he and his colleagues hated the box. Xiaomi has high hopes for the MIX 4. According to Xiaomi CEO Lei Jun, this device was â€œborn for dreamsâ€. He also claims that with the Xiaomi Mi MIX 4 there will be no disappointment.

In the smartphone market today, there are many smartphones that claim to be full screen devices. However, these devices have a part of the screen that is obstructed by one sensor or the other. This will not be the case with the upcoming Xiaomi Mi MIX 4. This flagship will feature a completely â€œhopelessâ€ flexible full screen display.

While the excellent display is one of the selling points, the MIX 4 also uses good hardware. This flagship smartphone comes with the flagship Qualcomm Snapdragon 888 Plus processor. It will also be one of the first models in the world to use this chip. In addition, this device will come with a large built-in 4,500mAh battery that supports 120W fast charging. For wireless charging capacity, it will be between 70W and 80W. Nonetheless, it will be the highest wireless charging capability in the industry.

At the moment, there is no official information on the price of this smartphone. However, we expect this to be Xiaomi’s most expensive regular smartphone. Of course, we know that the Xiaomi Mi Fold is no ordinary smartphone.